The results of the EPICEA project—a multidisciplinary study of the impacts of climate change across the Paris metropolitan area—presented on October 25 at the Journées Parisiennes de l'Energie et du Climat (Paris forum on Energy and Climate) organized by the city of Paris.

Launched in 2008, this project, led jointly by Météo-France and the CSTB, in close cooperation with APUR, the Paris Urban Planning Agency, has two objectives: assess the impact of climate change on the Paris metropolitan area and quantify the effects of several theoretical scenarios of adaptation to the development of the urban heat island under climatic conditions identical to those encountered in Paris during the 2003 heat wave. The aim is to assess the effectiveness of adaptation measures. The EPICEA project was funded by the city of Paris and is part of the Paris 2030 research program.

Study findings: densely urbanized areas are subject to specific microclimates. The geometry of cities, soil sealing and the reduction of green belts cause the formation of the urban heat island. The gaps created widen when there are heat waves and peaks; the temperature difference between the center of Paris and surrounding rural areas can reach 8°C at night. More generally, the report confirmed that heat waves comparable to that of 2003 could become common in France by the end of the century, especially in the capital. 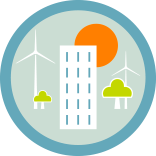 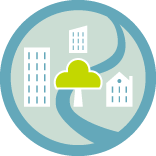 RE2020: the CSTB takes the floor at the Coriolis Seminars for Environment watch live

Potential of recycling and reuse